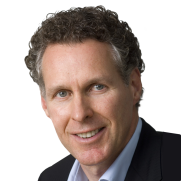 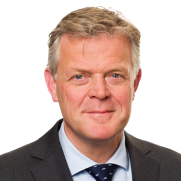 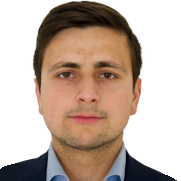 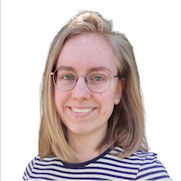 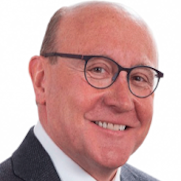 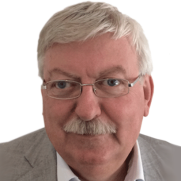 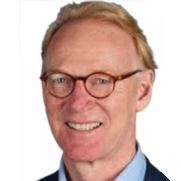 Patrick has been a private investor in public biotech companies for over 30 years. Since 2005 he is active at Aescap as a professional investor in biotech / life sciences companies. He acted as a board director of 10 biotech and medical diagnostics companies.

From 1995 to 2004 Patrick was managing director of Firm United Healthcare B.V., a consultancy company that provided market research, strategy and communication advice to the biotech / life sciences industry. Over the 9 years Patrick led the company, it became a market leader on the European continent and guided over 35 public pharma and biotech companies to successfully introduce or grow their medicines. He currently applies his expertise to successfully select and guide Aescap’s investments.

Patrick studied physical therapy, followed by business administration. Later in his career he completed an MBA from LMS. 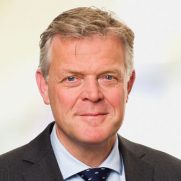 Michaël joined Aescap as Investment partner in 2021. He worked in senior commercial and management positions at big pharma Eli Lilly before he became the general manager for the Benelux operations, next to his responsibilities for European business development at Cephalon, a U.S. biopharmaceutical company.

He was a Senior Partner of the global life sciences practice at one of the global leading executive search firms in the biotech sector, Odgers Berndtson. He was advising clients on board- and senior-level appointments for pharma, biotech, medtech and service companies and worked across international markets and a broad range of companies in the industry. Michaël holds a Bachelor’s degree in physiotherapy and has studied orthopaedic medicine.

Paolo obtained a Bachelor’s degree in Chemistry at La Sapienza University of Rome after which he completed two Master tracks at Leiden University, one in Chemical Biology Research and one in Science Based Business. Throughout his academic research career he focused on supramolecular chemistry and photochemistry for applications in medicinal chemistry. During his business studies, he acquired knowledge to combine his scientific background with the business environment, particularly with value investing. Paolo joined Aescap as an Analyst in 2018.

Etienne holds a Pharm.D from the University of Grenoble Alpes and an advanced master in Corporate Strategy and Management from ESSEC Business School in Paris. Etienne started his career as an analyst intern for Merck Ventures in Amsterdam, after which he joined the French Sovereign Wealth Fund (Bpifrance) in Paris as a consultant where he provided operational and strategic support to biotech, medtech and digital health companies in the investment portfolio of Bpifrance. He then moved on to become Chief of Staff at Sensorion, a company developing gene therapies. Etienne joined Aescap as an Analyst in June 2021.

Eveline obtained a Bachelor’s degree in Life Science and Technology at Delft University of Technology and Leiden University. Currently she is completing two master tracks in Life Science and Technology at Leiden University: Research and Business Studies. During her academic research she focused on the endocannabinoid system. During her business studies she combines her biochemical knowledge with business topics within the life sciences industry. Eveline joined Aescap as an Analyst intern in September 2022.

Pien studied College of Pharmaceutical Sciences at Utrecht University during which she performed an academic research on allergy and followed a minor in entrepreneurship. Currently, she is completing her master Bio-Pharmaceutical Sciences with a Business Specialization at Leiden University. During her academic research she focused on aging in atherosclerosis. During her business studies she combines her immunology knowledge with business topics within the pharmaceutical industry. Pien joined Aescap as an Analyst intern in January 2023.

Bo Jesper, M.D., Ph.D. was the Executive Chairman of the Board of SOBI AB (Swedish Orphan Biovitrum AB) until 2016 and has been appointed Deputy Chairman of the Board since 2022. SOBI is a biotech company listed on the Swedish stock exchange and had a market capitalization of around €6 billion as of the end of 2022. He is Chairman of Karolinska Development AB and is also Chairman of the biotech company Orphazyme ApS. Bo Jesper served as CEO and President to the Board of Swedish Orphan International (1998-2010) until the merger with Biovitrum, forming Swedish Orphan Biovitrum. He then became the company’s executive chairman. He also was non-executive Director of Gambro until its acquisition by Baxter, as well as of Zymenex, until its acquisition by Chiesi. Bo Jesper was the Executive Chairman of Ablynx until its acquisition by Sanofi, as well as of Topotarget and in this role led the merger with BioAlliance forming OnXeo. He founded Scandinavian Medical Research during which he served as Medical Advisor for the multinationals Synthélabo, Pfizer, Pharmacia and Yamanouchi Pharmaceutical. He has also been a board member with the companies TopoTarget A/S, CMC AB, MipSalus Aps, Kontrast AB, Hyperion Therapeutics, Inc. Newron Pharmaceuticals S.p.A, Novagali Pharma S.A. and Vivolution A/S.

Bo Jesper has an extensive knowledge within clinical study design, regulatory, pharmacovigilance, and business development. He has an M.D. in Urology and a PhD from the University of Copenhagen. Patrick and Bo Jesper first met in 2012 as members of the supervisory board of biotech company Orphazyme S.p.A.

Fred is the founder and managing director of Jonghoud BV, an investment firm in, amongst others, equity of private and listed healthcare companies. As a pharmacist he built a chain of 40 pharmacies “De Vier Vijzels” which was later acquired by Alliance Unichem. He is also a founder of MediZorg, the former chairman of Sinensis Laboratoria and supervisory board member of Kadans and Kadans Science Partners. Patrick and Fred first met in their function as supervisory board members back in 2012 and soon discovered their mutual activities in investing in public innovative medical companies.

Gert, M.D., MBA (INSEAD) is a pharmaceutical executive with deep operational experience. He began his career in 1982 as Medical Advisor to Organon NV in Oss, The Netherlands, followed by CEO positions for Schering AG in New Zealand and South Africa. He then founded Pharmaplan Pty Ltd in Johannesburg, which became the leading specialty pharma distributor in Africa representing biotech companies like Biogen, Bracco, Recordati, Ipsen, Genzyme and Shire. After the sale of this company to the Canadian Specialty Pharma company Paladin Inc. Gert relocated to Zurich to start HealthCrest AG, a healthcare investment and consulting company. He has initiated investments in many private and public healthcare companies, geographically encompassing Europe, India, China, the US and Africa and continues to serve on the Board of many of these portfolio companies. Patrick and Gert first met in 2013 as investors in i-Optics BV.